An imaginative programme, featuring two female composers. The first part is based on Haydn, and the second part on the Romantic period, with an essential of the genre and a magnificent yet little-known piece by Amanda Maier.

The concert of the Ernest Trio is sponsored by the Academie Ravel,which has helped generations of young musicians reach the top.

Concert by the Ernest Trio on 21 July 2022, Romanesque church of Audrix 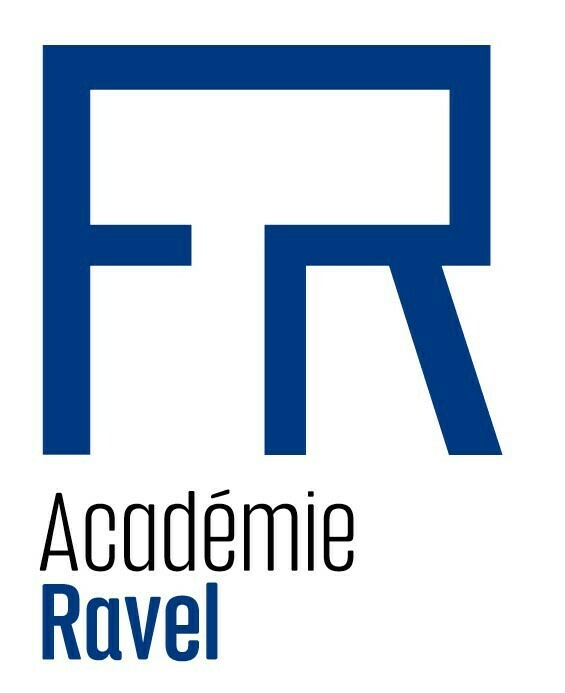 Clément Dami is a cellist based in Geneva and performs as a soloist and chamber musician in Switzerland and in Europe. As a soloist, he has performed under the direction of Pierre Bleuse, David Greilsammer and Philippe Béran; he has also performed in such settings as the La Mortella Gardens in Ischia (Italy), the Ravello Festival (Italy), the Septembre Musical Montreux-Vevey (Switzerland) and the Festival Arosa Kultur (Switzerland). Translated with www.DeepL.com/Translator (free version)
A keen chamber music player, he founded the Ernest Quartet in Geneva, in which he met the great masters of the discipline, notably by participating in the programmes of ProQuartet and the European Chamber Music Academy. The Quartet has won numerous international prizes and performs throughout Europe. In 2019, the group changes its horizon and becomes a Piano Trio. The Ernest Trio (Stanislas Gosset, violin, Natasha Roque Alsina, piano and Clément Dami, cello) is already a prize-winner of Translated with www.DeepL.com/Translator (free version)
several awards and is scheduled in many theatres for the 2019-20 season!
Clément Dami completed his Master's course in June 2018 in the class of François Guye at the Haute École de Musique de Genève. He participated in various masterclasses with Jean-Guihen Queyras, Jeroen Reuling, Marc Coppey, Gary Hoffman, Gustav
Rivinius and Frans Helmerson.
Many times winner of the Swiss Youth Music Competition in
in chamber music and as a soloist, he won a first prize with distinction and the EMCY special prize in 2012. In 2013 he was awarded the Friedl Wald Foundation Scholarship. In 2015, he received the Albert Lullin Special Prize and in 2018 the Adolphe Neuman Prize, awarded by the HEM of Geneva.
Early music quickly became an important part of his musical education. He started playing the baroque cello during his studies at the CPMDT, then perfected his skills with Bruno Cocset during most of his studies at the HEM in Geneva. He regularly performs as a soloist, in chamber music or in larger ensembles with this instrument.

Born in Paris into a family of musicians, pianist Natasha Roque Alsina gave her first concert at the Salle Cortot at the age of ten. Since then, she has performed regularly as a soloist with the LSO
(Lucerne Symphony Orchestra) under the baton of James Gaffigan, the Argovia Philharmonic Orchestra, the Lucerne Chamber Orchestra, and the orchestras of the conservatories of Lille, Aix-en-Provence and Saint Maur; in halls such as the KKL in Lucerne and the Victoria Hall in Geneva; as well as at prestigious festivals such as La Roque d?Anthéron (ensemble in residence), the Festival des Nuits Pianistiques, and the
the Paris Chamber Music Festival, Piano en Saintonge, Les Moments Musicaux de Chalosse, the Festival Jeunes Talents, the Festival des Ravéliades, the Geneva Piano Festival, the Swiss Chamber Music Festival, and the Schubertiades de Sion. She has appeared live on France Musique and Radio Télévision de France on several occasions.
Suisse-espace 2.
Passionate about chamber music, she founded the Ernest Trio in April 2019 with violinist Stanislas Gosset and cellist Clément Dami. One month later, they won the Pro Quartet prize at the FNAPEC European competition and have since performed throughout Europe. In September 2020, the Trio was appointed artist in residence at the Queen Elisabeth Music Chapel.
Winner of several international competitions, including 1st prize in the Yamaha competition (2008), 2nd prize
for the Edwin Fisher Scholarship (2011), the first prize of the Hella Siegrith Scholarship (2013, 2016), the Ravel Grand Prize (2015), as well as the Orpheus Competition Special Prize (2018). After studying at the CRR of Saint-Maur in the class of Romano Pallottini, Natasha entered the Conservatoire National Supérieur de Musique de Paris in the class of Theodor Paraskivesco and Nicholas Angelich (assistant Franck Braley) in 2008.
She obtained her degree in piano, as well as in chamber music (in the class of Claire Désert) and voice direction (in the class of Erika Guiomar).
In 2012 she will continue her studies at the Lucerne University of Music and Performing Arts in the class of Konstantin Lifschitz, where she will obtain her first Master?s degree (first appointed), before continuing with a Master?s degree as a soloist. Throughout her career, Natasha has had the privilege of receiving valuable advice from her father, as well as from many musicians she has met during master classes or at the Academy, such as Menahem Pressler,
Jean-Claude Pennetier, Hamish Milne, Anne Queffelec, Avedis Kouyoumdjan, Robert Levin, etc.
Natasha holds a C.A. and is a piano teacher at the Conservatoire populaire de Genève (CPMDT).

A French musician with a passion for chamber music, Stanislas Gosset is the violinist of the Ernest Trio and the founder and artistic director of Les Fieffés Musiciens festival.
As a chamber musician he has performed in many countries such as France, Austria, Italy, Israel, Germany, Switzerland and Hungary in venues such as the Grande Salle of the Philharmonie de Paris, the Auditorium de la Seine Musicale, the Maison de la Radio in Geneva, the Franz Liszt Academy in Budapest or the Paul Klee Zentrum in Bern. He plays in various ensembles and has won numerous awards in competitions both as a piano trio (from 2019) and as first violin in a quartet (2013-2019): Winner of the Orpheus and Fnapec competitions, four times winner of the Académie Ravel, he won the 3rd Prize at the Tremplin Jeune Quatuor de la Philharmonie de Paris and the Prix d'Honneur as well as the Jury Prize at the Bellan Competition. He has performed with Noémie Bialobroda, Ophélie Gaillard, Philippe Graffin, Marie-Josèphe Jude, Patrick Jüdt, Christian-Pierre Lamarca, Geneviève Laurenceau, Stephan MacLeod, Cédric Pescia, Gabriel Pidoux, Marianna Shirinyan, Miguel da Silva and Manuel Vioque-Judde. He has been heard on many radio stations: France Inter, France Musique, BBC Radio 3, or Espace 2, as well as in many festivals: the Festival de l'Orangerie de Sceau, Les Musicales de Colmar, the Ravel Festival, the Sine Nomine Festival, the ISA Festival in Austria, Les Cordes en Ballades, the Gaia Festival, the Racinotes Festival, Les Schubertiades de Sion, etc. As a soloist with orchestra, Stanislas has performed under the direction of Kazuki Sawa in Geneva and Neuchâtel, and under the direction of Jean-Marc Phillips-Varjabédian at the Cordes et Pics festival.
Stanislas studied violin at the Haute Ecole de Musique de Genève in the class of Marie-Annick Nicolas. Following his Master's degree, he completed an advanced diploma dedicated to the Hungarian repertoire in the class of Gábor Takács-Nagy, together with the pianist Johann Vacher. In parallel, he studied string quartet in the class of Miguel Da Silva at the CRR of Paris. In 2019, Stanislas is selected to join the Ravel Promotion of the Académie Jaroussky. In 2020 he will join the Queen Elisabeth Music Chapel in the chamber music class of the Artemis Quartet, Miguel
Da Silva and Jean-Claude Vanden Eynden. He has also had the opportunity to study with Stephan Picard, Erich Höbarth, Florence Malgoire, Corina
Belcea, Hatto Beyerle, Latica Honda-Rosenberg, Gunter Pichler, Boris Garlistky or Menahem Pressler, in academies such as Villecroze, ProQuartet, Ravel or ECMA.
In the orchestra he had the opportunity to perform under the direction of Jesus
Lopez-Cobos, Jordi Savall, John Nelson, Florence Malgoire or Gábor Takács-Nagy,
at the Victoria Hall in Geneva, the Tonhalle in Zurich, and the Sogakudo Concert Hall in
Tokyo, or Notre Dame de Paris. He is a regular concertmaster with the Opéra-Théâtre company.

The church of Saint-Pierre-ès-Liens in Audrix, in a very pure Romanesque style, dates from the 12th century, reworked in the 14th century. In addition to its excellent acoustics, it has the unusual characteristic of having two bell towers.

This very pretty village of less than 300 inhabitants is nestled on a hillside between two valleys, hence its geographical importance for centuries - dating back at least to Gallo-Roman times. Its market hall hosts a night market every Saturday in summer, and its natural amphitheatre where concerts are held overlooks the Dordogne valley.